Interview at Lesbians of North London

Raybelle McKeehan has known what she wanted to be since she was a kid: the President of the United States. She's now the junior senator from Tennessee...and a Republican. When the midterm elections shake up Washington, Raybelle sees fewer obstacles to her goal. Then she gets a call from Tomas Jefferson, who shares her name with Raybelle's favorite presidential memorial.

Tomas reminds Raybelle of what she would rather forget: her brother, and the past they share. The more Raybelle tries to co-opt Tomas into her own career path, the messier things become. Soon, she has trouble telling a friend from an enemy, in Washington and beyond.

As Raybelle loses control of her political issues, and her personal feelings, she is forced to ask some fundamental questions about the country she's served all her life, and what patriotism really means.

Faith in Writing is a Festschrift presented to Jack L. Knowles, Professor Emeritus of English at Milligan College, Tennessee. The essays celebrate reflections of the life of faith in stories and poems, and the faith that written words can make a difference in our lives. These are the values shared by Jack Knowles and his students, colleagues, and friends over a long career.

Read the review at Lambda Literary

Edith Rignaldi clearly understands that she and husband Joe remain together for the sake of their children. It is why they married in the first place. But she never foresaw the lifeless emotional landscape they both now occupy after eighteen years together.

Teachers in a small, God-fearing Tennessee town, they cannot insulate themselves entirely from the cultural encroachment of the late '80s: the inexorable march of the feminist and gay rights movements, the spread of the AIDS epidemic. When the faithful, steadfast Joe is finally overwhelmed by his desire for men, the lives of all four Rignaldis explode.

With the town turned against the disgraced family, the teenaged children Dana and Jeremy repudiate their parents to seek their own answers. And as for Edith--a woman named Linda enters her life. A woman unlike any Edith has ever known.

The journey of Edith and Linda lands them in an African town named Arusha, on a godly mission to witness the Rwanda peace talks. It is a place where Edith will face the ultimate challenge to her emotionally and sexually shut-down life and to everything she has ever believed in.

Arusha is the compelling story of four achingly real people--and you will not soon forget any of them.
Interview at Chazz Writes about Arusha
Arusha reviewed by Lesbians of North London
Arusha reviewed at Lambda Literary
Audio: April 10, 2010 interview on "Readings in Lesbian & Bisexual Women's Fiction" show
Kissed by Venus interview (38 KB)

An interview with the Canadian site Kissed By Venus.

"The Fear of God"

From the publisher's Web site: "A collection of stories dedicated to women who overcome adversity, jump over major hurdles, beat the odds, stand for what they believe in. Women whose stories inspire all of us to be strong and confident as we make our way in this challenging world."

Pride in the Month of June

What I Learned From My First Book Launch

The first and second times I ever gave a reading of my fiction, I had an advantage most first-time authors do not have. I was a contributor to an anthology with sex in the subtitle, and the readings were in bars. As a result, the place was packed.

The book was launched in Toronto and Montreal. In Toronto, where I lived, I was as nervous as I was looking forward to the occasion. After all, I had no idea what to expect--mostly of myself. Reading my work aloud, I discovered new things about it. Though the story, unusually for me, was set in Canada, the moment I began reading it aloud I realized the narrator was a Southerner. In spite of the setting, I had written a Southern character, and the words only made sense in a Southern voice. That made a difference to how I was going to read it. (Lesson 1: Read work aloud before anyone else sees it--it's a great help in self-editing.)

At the Toronto launch, I enjoyed listening to two or three other contributors read, and then I was up. (Lesson 2: Most readings involve more than one writer, so whether you're a writer or another member of the audience, stay for all the readings, and cheer everybody on.)

The first line that got a laugh from the audience, I completely relaxed. I knew now that whatever happened, my listeners were being entertained, and I enjoy making people laugh. (Lesson 3: Always choose a section to read from that contains something the audience can respond to out loud. For me, this means at least a moment of humor, even if the overall scene is quite serious.)

The story was, given the content of the anthology, sexy, and partly set in a washroom. When I went back to the bar after my reading (having already fortified myself in advance with an Irish whiskey), the bartender looked at me through narrowed eyes and made some comment about going to the washroom. I still don't know if he was kidding or trying, lamely, to pick me up, but either way I figured the story made some impression on him. (Lesson 4: Even if your work has a different effect on the audience than you intended, be pleased that it has any effect at all.)

So when I went to Montreal for the launch there, I was much more relaxed. I had a beer with another contributor I had just met, who was there with her boyfriend. When I finished my reading it was very gratifying to see them clap. They said to me, "I couldn't tell if your narrator was a man or a woman."

I said, "Good!" That was deliberate. The story begins, "First of all, I love my wife." Most people assumed this meant the narrator was a man, but since I am a woman and read in a woman's voice, these listeners (who were themselves aware of bisexuality and lesbianism) realized that it could go either way. Especially because I publish under my initials, it was fun to see the different reactions. (Lesson 5: Trust readers to "get it," because sometimes they do.)

At Amazon.ca, the reviewer knew I was a woman, but just thought that made it even more impressive that I wrote a male character. That was the only review of my fiction I had for a long time, and it was a good one. (Lesson 6: No point in arguing with reviewers.)

My favorite response, though, remains that of my fellow contributor, who said: "It got me hot, made me laugh, made me think--all the important qualities of great fiction, in my book."

So if you come to a reading--mine or another writer's--I hope you will enjoy it, because the most important thing I learned is 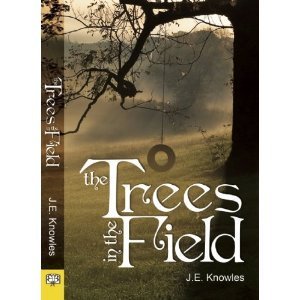 "An Innocent Time" is published in Knoxville Bound: A Collection of Literary Works Inspired by Knoxville, Tennessee (University of Tennessee Press), along with work by poet Nikki Giovanni and other nationally-known writers. 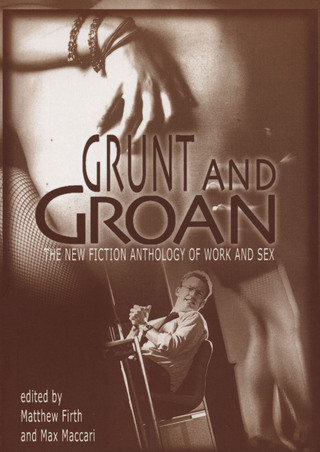 (Boheme Press, 2002) "Some stories really shine. J. E. Knowles's ‘I Walk the Line,’ about simple obsession, takes on a furious edge with the added awareness that Knowles is actually a woman writing in the character of a married man."